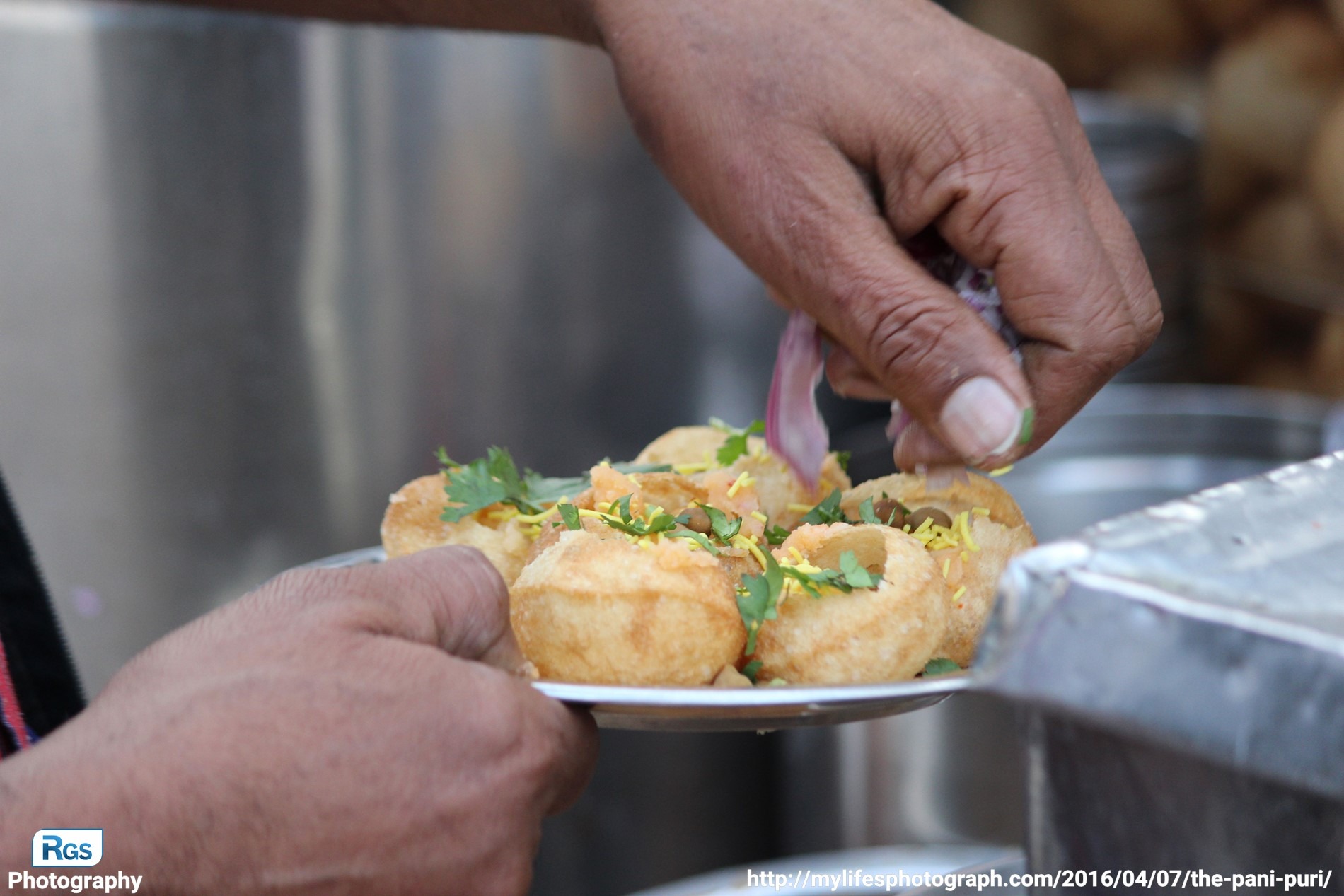 The “Pani Puri” is the most famous street snack in different states in India. It is also most common snack for the countries like Nepal, Bangladesh and Pakistan. The main ingredients to make the Pani puri are Flour, Onions, Potatoes, Chickpeas, Spicy water or Mixture water or Sweet water or Tamarind water(pani) and at last Chat Masala.

If you want to know more and want to get tips to make Pani Puri at home, Go to the following links: Link-1, Link-2

I captured this photo using my Canon EOS 1200D when we all the family members went to the Jamnagar.

Now, Mylifesphotograph.com in on app. I recently lunched the android app of it so please download and give rate and review of the app on PlayStore. You can find the app by typing “RGS photography” on PlayStore or by using the given below link Get It on Google PlayStrore

6 comments on “The Pani Puri”